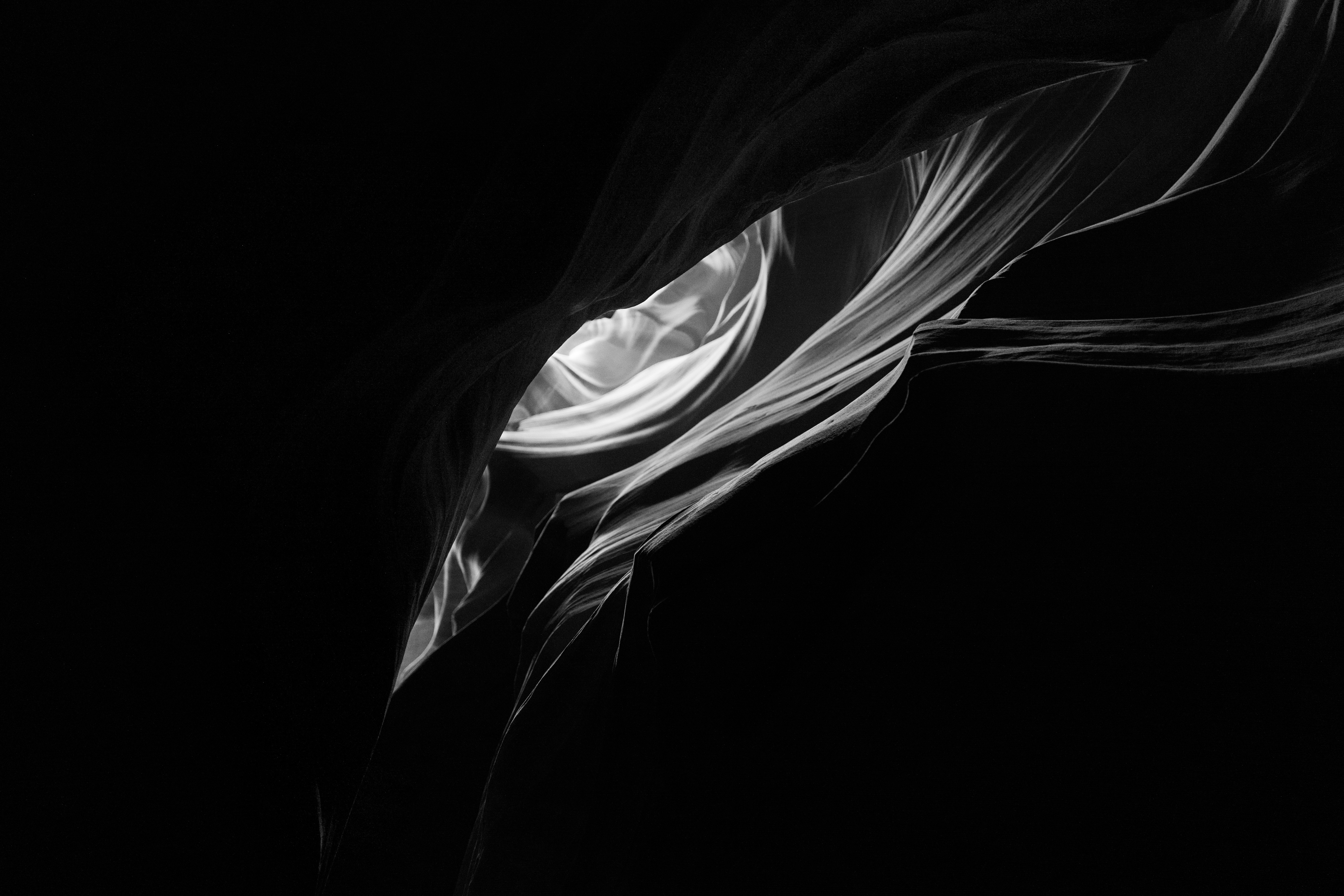 “This time, we have them,” Daevan reported, mopping his brow as he handed his lathered horse off to a groom. “They are holed up in a cavern at the Tendaer/Kaderya border.  We have word that they intend to launch their strike on Tendaer from there.”

“What do you propose?” Chandellan asked.

“Proceed with the plan.  We have been too cautious in the past, and they escaped.  We must strike now!”

Tenga stood, stretching as he pulled himself to all fours.  “I agree,” he Spoke with a growl.  “Much has been lost at the hands of this enemy.  He is ruthless, powerful, and hungry.  His accursed Dragon allies have defiled our land.  The land of Kaderya no longer speaks to us, and we have lost an entire pride.  Killed or stolen, we do not know.  We have suffered much at the hands of the enemy.  He caught us unawares.  Even yet, no one knows how he grew his power and influence so quickly.”

“What do you think, Chandellan?” Someone spoke from behind, beyond the field of vision.  “He is one of your kind, the Others.  Where does all this power come from?”

“He is partly of your people, as well.  So much power in someone who is only half-Other is unnatural.  We believe he has turned to forbidden magic,” Chandellan frowned, “But no matter how he has done it, the deeds of this enemy and his powerful allies are unpardonable and dangerous.  They must be stopped.  I agree with Helnadaran.  We must move quickly and decisively, while we still have power and surprise on our side.  We have a united army of races assembled and ready to move at any moment.  Send the word.  Let us stop this enemy while it is within our power to do so!”

Helnadaran’s daughter and her dragon friend, Amethyst, rode with Chandellan and his partner in many a battle, Meeresha.  The plan was for groups of Others and Power Keepers to gather together and combine all their magical forces to defeat the enemy and chain the mighty dragon who had joined forces with him.  Chandellan gathered his troops together near a waterfall just north of the entrance to the cave where the enemy and the dragon were reportedly hiding.

“Are we ready?” He asked each of them, using thought speech to maintain silence and communicate with the nonverbal members of the group.  Idira, the great golden-eyed lioness, nodded.  Meeresha stamped a foot and tossed his proud head, the watery image of Teak the Dolphin did a somersault in the waterfall, and Amethyst hissed out a low, “Yesss…”

Chandellan glanced at Helnadaran’s daughter.  She was young and untried in battle, but the King of the Ancients claimed she was well trained as a fighter.  She looked up at him, her large emerald eyes glittering with resolution.  In that moment, she reminded Chandellan of his own daughter, only twelve, but with the same fierce spirit.  His heart ached as he thought of his family, wondering if he had seen them for the last time.

“I am ready,” the princess interrupted the mighty warrior’s thoughts, her musical voice filled with quiet determination.

And so they waited, tense, ready for the moment when they would all strike together.  The roar of the waterfall drowned out other sounds, but Chandellan could feel the presence of other creatures, neutral in this fight, as they fled the scene of what would soon become an epic battle.  He looked down at his hands, where he held the chains, forged by both Others and Ancients, which they hoped to use to magically bind the dragon, trapping him in the cave for the rest of his life.  Closing his eyes, he sent up a prayer that the One God would guide and bless their actions this day.

Suddenly, the signal came.  They all heard Helnadaran call out, “Now!” and they burst into the cavern with the others.

The enemy was not alone, but the cave was small and only about fifty warriors guarded the entrance.  Side by side, Chandellan and the princess fought their way through the ranks until they stood behind an outcropping, watching the great red dragon defend himself with claws, teeth, and flame.

“What now?” she asked, panting.  A drop of blood trickled down her cheek, evidence of a blow that would have killed her if Chandellan had not severed the arm of her attacker at the last moment.

A moment passed, and another, before Chandellan heard Meeresha’s voice echo through his mind.

“This!” the Power Keepers cried out in unison, and a glittering, rainbow-coloured shield burst into existence before quickly fading from sight.  Although invisible, it was there, and Chandellan felt all of the elements protecting them from the dragon.  Without a word, he and his companion sprinted toward the dragon’s hind feet.  She looped one end around a rock formation, and just before the dragon noticed them and turned, Chandellan slapped the cuff around on a giant, scaly foot.

“The spell!” he cried, and they both chanted the words, together directing the flow of magic into the chains, which began to glow with all the colors of magic.  The dragon roared, and the place shook.  Screams reverberated through the space as rocks fell from the ceiling onto Allies and their enemies alike.  And then the spell was finished.  The chains melted into the rock and the dragon’s scales.  He was bound by a power stronger than anyone could have managed alone, one that would hold him until the end of his life.

“Nooo!” the scarlet giant screamed.  “Curssse you!  I curssse all of you!  Kill them!”

The enemy stood before them, evil in his eyes, and prepared a spell that would bring the mountain down on all of them.

“Idira!  Tenga!  Stop him!”  Chandellan shouted.  The lions spoke to the stones of the hills, and they stood fast.  When the enemy tried to raise the waters of the stream through the cavern to drown them, the Dolphins held the water back.  The red dragon bellowed fire, but Amethyst and the other good dragons created a fire shield.  Frustrated and enraged, the enemy screamed, and used the pain of the dying to gather a blast of magic that would destroy the Allies and everyone with them, but they gathered together and met his dark magic with their combined powers, natural and elemental, in a stronger shield than anyone had ever created before.

And then it happened.

When the two forces struck each other with so much power, something occurred which no one could have anticipated.  The force of the Power Keepers’ shield would not give, but faced with so strong an attack, it reacted.  With a blast of power that threw everyone to the ground in confusion and dismay, the shield exploded, throwing up a magical barrier that incorporated all of the elements.  Chandellan, Amethyst, Meeresha, and the King’s daughter were trapped with the enemy and the dragon on one side, and most of the other allies had disappeared.  Chandellan was the first to react.  With a cry, he launched himself at the enemy and almost struck a killing blow before he was able to react.  At the last moment, he raised his sword in defense.  The clash of the weapons brought Meeresha out of his daze and into action.  Together, Chandellan and Meeresha fought the enemy, delivering blow after blow until all three were panting with exertion.  Chandellan could hardly feel his sword arm.  He had to draw on his dwindling supply of personal magical power to continue swinging his weapon.  The enemy was tiring, too.  The strain in his eyes was obvious.  Chandellan and Meeresha shared a glance.  They knew each other so well that no word or thought was needed.  They struck at the same moment, as two parts of the same whole.  The enemy fell.

Silence filled the chamber for an eternal moment.  Then the great dragon screamed.  Pulling all the power from the body of his dying partner, he attempted to break the chains, but the power that held them fast was too strong.  He roared again and reared, beating his wings in futile anger.  Leveling a great red eye at Chandellan and Meeresha, he cried out, “You!  You have done this, you miserable creatures!  I curse you!  Do you hear me?  I curse you and your kind forever!  As long as I remain chained in this tomb of rock, you will wander, lost!  Your mates will die in childbirth, or languish in ill health until claimed by an early death.  You who have enjoyed long life and fame in this world will have your lives cut short, and your names will fade from memory.”  He focused on Meeresha, “And you, especially!  No one will even remember your race existed!  I curse you until the end of time!”